← back to
Bear Machine Industries
Get fresh music recommendations delivered to your inbox every Friday.
We've updated our Terms of Use. You can review the changes here.

This Machine Is Very Quiet 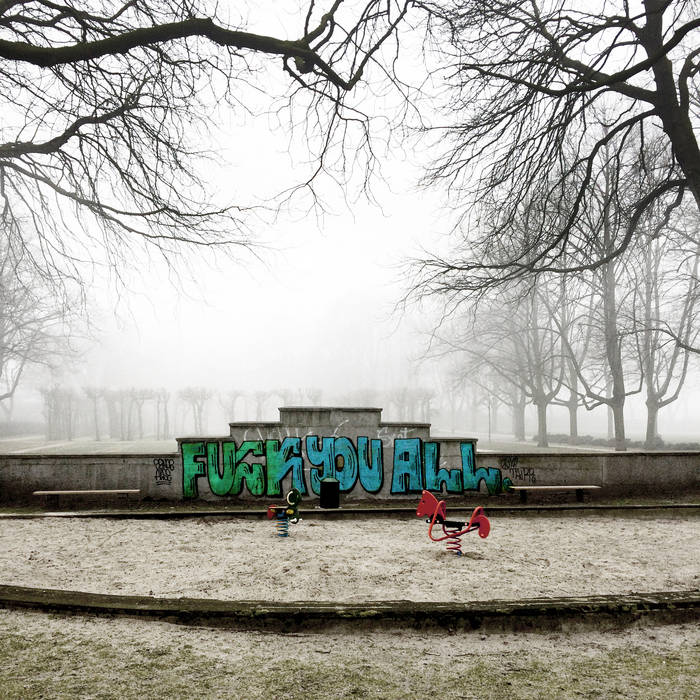 A while back I made an instrumental record and then did nothing with it.

This may not be the most compelling story, but so it goes.

At the time, my band Locas In Love was trying to figure out how to finish the album that would become Use Your Illusion 3 & 4 - and that was taking longer than expected. We have been a band for quite a long time, and it seems that happens occasionally.

Me, I was in a state of bleak despair for extended amounts of time then. I have been a person for quite a long time, and it seems that happens occasionally.

Some evenings, I would go to our studio and lock the doors. The studio is called Bear Cave, and to me it feels like I imagine the basement of Big Pink would look if, say, The Breeders and Slint had taken it over. It's not a big room, but there's a piano and a pump organ, my favourite drum kit in the world, plenty of amps, pedals, a mixing board that usually has some thing or another wrong with it - the kind of studio a band builds for themselves I guess.

Anyway, some evenings I would be there, all kinds of remembered music playing in my head all the while. That first Aerial M record for sure. The loopy stuff in GYBE!. The noise of the boombox on Mountain Goats tapes. The journey through sounds I find in the first 3 Ulver records.

Or I'd start with a basic premise in mind - for example, "For Every River Buried" started with the idea of playing an R'n'B chord progression I heard on a Beyonce song VERY slowly (I am not a piano player, so there's that). And then keep adding things.

Our studio has creaky floors, and on most any song on here you will hear me walking back and forth between the instruments and the control room at some point.

I would work on tracks for a while until I felt content. I would take what I recorded and listen to it on my 20 minute walk home. And then on my bike ride to work the next morning. If something needed changing I would change it the next evening. If whatever magic I felt was gone in the morning, I would go back and delete the thing.

At some point I had eight tracks that felt like an album to me. Still do, actually. I played it to some friends, who seemed to like it. I asked Amir Shoat to master it and he did an absolutely fantastic job of it.

And then I mostly did nothing. I always felt that this should be released one way or another, but I have never been quite sure where it fits (if anywhere), and also feel quite uncomfortable talking about it. Not in any kind of humble-bragging way (I hope), but rather - I know it has been worth making but have a hard time explaining why. And an even harder time explaining why it would be worth listening to.

It's none of that music for imaginary films bullshit. It's pretty good music to read to? I think? Maybe it just came from a specific time and place for me. It is music-for-going-to-the-studio-depressed-allowing-the-instruments-to-slowly-fill-a-dark-empty-void-in-my-head-and-slowly-walking-through-the-night-somewhat-more-at-peace.

If you read that and think "Even if I feel like that, why then should I listen to what you have made and not go in a basement and make something myself?" I would reply: "You do not need to, and you absolutely should. I would love to hear that."

So that's that. And this is a recording called "This Machine Is Very Quiet" by Local Standard Time.

Jan Niklas Jansen records things at Bear Cave Studio Cologne, plays instruments with Locas In Love, and does both for Local Standard Time.

Bandcamp Daily  your guide to the world of Bandcamp

Quelle Chris joins the show to discuss his most recent release, "DEATHFAME"